Of course you are, you’re pregnant! AND you’re stranded in a field of straw, which isn’t ideal. On a lighter note, though, you’ve got to love free stock photos… If you ever start your own parenting site, this pic is entitled ‘pregnant_nature_mom’. You’re welcome.

As for the anxiety, it was particularly bad during the pregnancies – and not just because I couldn’t self-medicate with a vat of wine. Various hormone surges can leave you feeling increasingly anxious. Add to that the shortness of breath that comes with hauling around a miniature human that you have to keep alive after you manage to retrieve it from your uterus and – I’m sorry – but that’s generally where I started losing the plot.

Having lived with General Anxiety Disorder my whole life and self-medicated accordingly, not being able to access oblivion while with child was really a big issue. But why did I have to hit the oblivion switch in the first place? It was only then that it became apparent, especially after the birth of my first daughter, that there were some serious issues that needed to be addressed.

The fact that I’ve got GAD isn’t exactly surprising. My mother, despite her best efforts to hide it and carry on regardless, suffered from her “nerves”. Dad was “fond of the jar”, so growing up wasn’t plain sailing. On top of the genetic predisposition and several external factors/life situations – too lengthy and personal to go into here right now – it wasn’t exactly surprising that I found myself at the GP a week after miscarrying in August 2015. Enough was enough. I was put on 10mg of Lexepro, which did make a difference to the mood. I felt “light” for the first time in an entire lifetime (after a number of weeks, I hasten to add). And then the heaviness came back again… As it turns out, I was pregnant again, so the hormones were all over the shop.

I decided – with the advice of a GP and a mental health practitioner – to come off the medication as the dosage wasn’t making much of a difference anyway, and personally didn’t feel equipped to deal with the feelings a change in dosage can bring. But I was scared (more than usual).

The upside to the all-encompassing morning sickness that followed, however, was that it seemed to take the edge off the anxiety. Such was the concentration required to not spew, it took my mind off the incessant rumination of negative thoughts. There was a different perma-sick feeling gripping the belly. 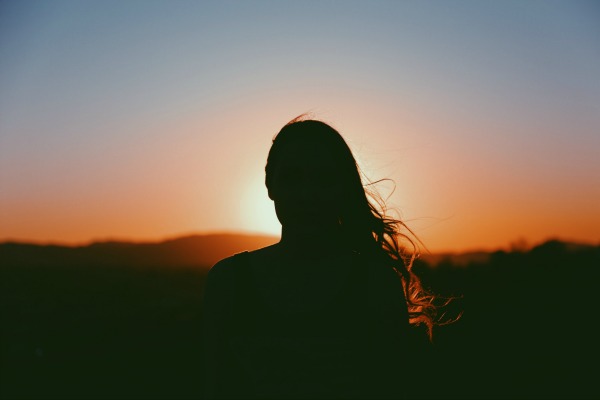 Once the nausea lifted, however, the anxiety and general ‘FEAR’ came back with a bang. Hormones. According to my GP the surge of HCG and oestrogen can cause anxiety in those prone to it during pregnancy. The good news is that it generally subsides a bit around week 20.

Knowing it was “just hormones” did help with rationalising the feelings. This was “normal” for me. It wasn’t going to be forever, but man was I finding it hard to cope. My usual first port of call when anxiety takes over is self-soothing. Gimme wine and lots of it. Obviously, this isn’t a long-term solution by any means (and leads to its own issues), but especially not when you’re pregnant.

Through talking to the GP and a CBT counsellor she referred me to, we came up with a few of the ole familiars to alleviate the symptoms.

• Rescue Remedy: Obviously don’t be downing bottles of it because there is alcohol present, but I find it helps to momentarily take the edge off while also settling my stomach. Check with your doctor beforehand, but my GP said it was OK. And it tastes of brandy. Bonus.

* The 7/11 or Belly Breath: Breathe into your belly for 7 seconds, and then breathe out for 11 seconds. Do this ten times in a row. It does calm you down. Personally, I tended to pass out breathing out for 11, so feel free to shorten it to  5/7 or 3/5. The main thing is, always breathe out for longer than you’re breathing in. Also, try breath in and out through your nose. If you find it too overpowering, breathe in through your nose and out through your mouth.

• Mindfulness: There is a rake load of free apps to choose from. The sleep ones are especially helpful if you can’t unwind at night. In short, you deserve to sleep, keep telling yourself that. Not that easy with a baby headbutting you in the bladder but it’s a worthy mantra nonetheless.

• Exercise: Walking, swimming, prenatal yoga, pilates, exercise bike, whatever works best for you. I did Zumba up until week 16 on the first. The general rule of thumb is, if you’ve been doing it regularly before you get pregnant, it’s generally OK to continue with it into your pregnancy. What I would say though is do pay special attention to your the ole pelvic floor exercises. If you’ve got a shit load of relaxin coursing through your body and you’re merrily running 5Ks up until week 30+ you may be heralding in a future of royally pissing yourself whenever you sneeze, cough, snigger without warning.

• Counselling/talking: When you hear yourself articulate your worries, it helps rationalise them. Look into CBT counselling. If you can’t afford it, ask your GP if there’s any way you can access a CBT counsellor via the public system. My counsellor was a trainee and she made a HUGE difference. Failing that, some of your nearest/dearest would be more supportive than you give them credit for.

• Write down your anxieties, and postpone them to a certain time: Sounds ridiculous, but this helps stop the incessant rumination. When a worry comes to the fore, acknowledge it, write it down in one sentence, and then designate a time when you’re going to “worry” about it. Forget about it until that time. You’ll be surprised just how many of those “worries” have dissipated when you get to “worry time.”

• Download a pic of “The Worry Tree” and stick it on your fridge. May have mentioned that one before.

• Give yourself credit and – as hard as it is – try not to get too far ahead of yourself. Try to keep it to one day at a time. Everything else will fall into place. Seriously, you’ve got this in the bag. Literally.