If this sounds familiar, it’s because it’s something I wrote for this here site about six months ago and The Journal asked me to delve a little deeper into the subject…

STEPPING INTO MY GP’s office six weeks after my first child, I would have done anything to be asked: “Are you OK?”

Unfortunately, it was a locum doctor that day and I was just another befuddled, first-time mum. Any questions I asked garnered the response: “I wouldn’t know, you’d have to ask one of the nurses.” I left feeling the same as I did going in, but at least I knew my stitches were healing OK and the baby “seemed fine.”

Three years later, when I stepped into the GP’s office with baby number two, it was another locum. But this time was entirely different. She’d never seen me before, but she was looking at me. When she asked “How are you today?” the deluge of tears said it all.

Those two experiences were worlds apart and the second scenario changed my life forever. Unfortunately, the first experience is all too common for new mums across Ireland.

Dr Krysia Lynch, the chair of AIMS Ireland, says: “What we need is a universal tick checkbox including questions on perinatal [the term used relating to the time immediately before and after birth] mental health that GPs or public health nurses can ask at the six-week checkup.”

One of the issues of perinatal care is that the postnatal check at six weeks can vary. Quite often, women will report that the questions asked by their GP or public health nurse relate mostly to the baby, or on physiological issues like stitches or C-sections – when you can start driving again – or how an episiotomy is healing. The next most consistent question is about contraception. There are varying reports regarding questions about mental health. Some women are asked in passing, others aren’t asked at all.

One of these questions should include the mother’s perception of the birth experience. Some mums “on paper” have had a clinically easy birth – however, the untold emotional toll of the experience could be huge.

Dr Lynch says: “she may have dilated and delivered quickly, but she also may not have been listened to, perhaps unable to consent to procedures. When women feel they’ve been controlled, not listened to, violated, and then given the sole responsibility of looking after a baby with little support, it can take its toll.” 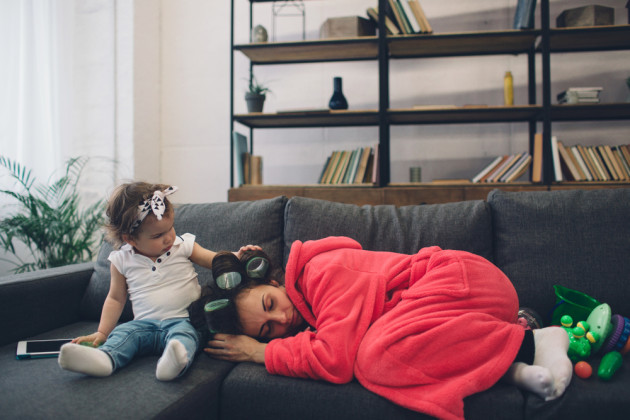 “Often it is weeks or months before the onset of post-natal depression. We also need to look at the continuity of care; it’s much more likely that a GP or a PHN who knows you will spot any perinatal mental health issues.”

As continuity of care isn’t always possible, it may be an idea to ask someone who knows you best – a partner or a family member – to also keep note of your moods postpartum. Sometimes, we need help deciphering where we start, the hormones stop and the sleep-deprivation begins!

Below is a checklist, based on personal experience, which led me to distinguish between the ‘baby blues’ and my own post-natal depression.