Post baby bodies are always unexpected. Sure, I knew my belly was going to be a bit different, and my boobs were bound to be noticeably squishier. Even the extra hair on most extremities didn’t come as a shock. But some changes were entirely unforeseen.

For example, I wasn’t aware my feet were going to expand to such an extent. They increase by an entire size post-baby, rendering my collection of footwear redundant. And in a strange turn of events, my right leg grew wider than the left, and never reverted to its usual size.

With that in mind, I’ve cast the net far and wide and asked an array of fellow mums about their bodily changes post-birth. You know, apart from the obvious ones…

1. My formerly straight hair is now a curly mop: I had poker straight hair and it went curly after my fourth child. It’s still curly. I’m OK with that, I used to pay for body waves, so it was a win-win – Sarah

2. I really didn’t expect to be losing my teeth aged 38: But that’s what happened. I kept experiencing bleeding gums throughout my pregnancies due to the hormone increases and didn’t I address it properly. Ideally, you should go to the dentist for regular checkups during gestation, I didn’t and look where that’s got me! Luckily, it’s a pre-molar, so it’s not too noticeable, but I am looking forward to getting my implant done – Siobhan

3. I have a permanent white streak in my hair: I lost a small patch of hair and then it grew back pure white after my first pregnancy. Probably due to shock – Alice

4. My stomach muscles are “in a coma”: In addition to my hips becoming wider, I still have a gap in my abdominals (the official term for it is diastasis recti abdominis). Three years on – they’re still separated, I can feel the gap. A physio told me my muscles are “essentially in a coma” and I need to do a range of exercises. Thing is, I’ve left it too long so might have the gap for good. The moral of this story? Do what your physio says – Kate

5. “Mummy thumb”: I suffered from De Quervain’s syndrome [a condition affecting tendons on the thumb side of the wrist] after my first pregnancy. I’ve heard it referred to as “Mummy thumb”. That extended to the pinkie fingers after my second. I had to wear those hand/thumb wrist splints at night and had horrendous pain from opening a door, or even lifting a cup. It still hurts – Trudy 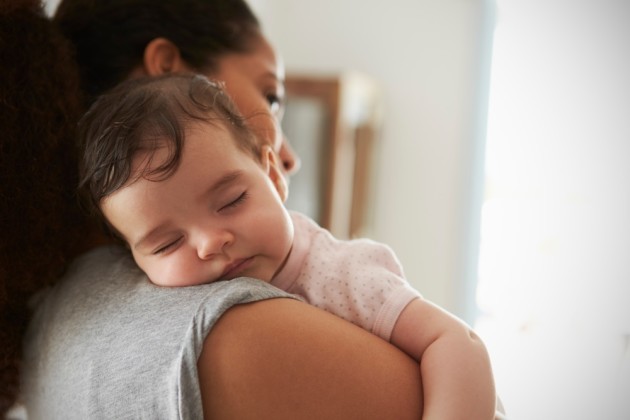 6. My main issue was varicose veins: They appeared on both legs in the second trimester and they still haven’t completely disappeared – Carol

7. I grew a new mole with each pregnancy: So that’s three new moles. All on my stomach! I also got a strip of spider veins around my right thigh; I call it my garter – Suzanne

8. I have new skin tags on my neck: I’m pregnant with my second child and these are a new arrival. One, in particular, is really big and will need to be removed – Claire